For the first 10 years of our relationship, I'm pretty sure George didn't read a single book (which is kind of funny if you know me). Then one day, in 2007, he announced that he would be willing to read a new businessy-self-help book called The Dip. I ran out and bought it at Hudson News the next day.

He read it in about an hour and said, "Wow, that sucked."

All is not lost, though. Last year I finally got him to read not one, but TWO more books -- Tim Ferriss' Four-Hour Workweek and Four-Hour Body. He liked them both, mainly because they. Are. AWESOME. 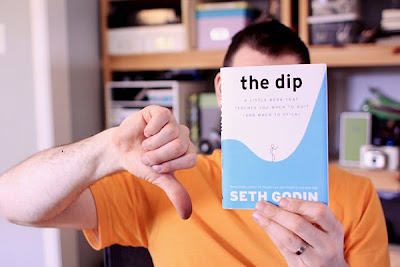