I'd been wondering why my floor lamp seemed to be tilted, so finally I picked it up to see if I could find a loose screw or something, and instead I found.... 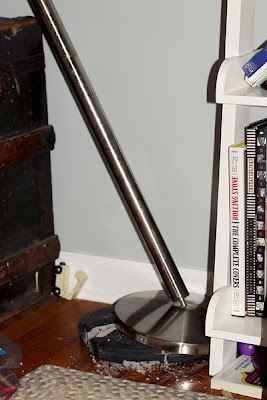 DESTINATION: Trash.
Posted by Kara at 8:01 PM No comments:

Wow, Vistaprint, you'll give me 500 business cards for free?! That's such a great bargain! I mean, sure, you printed the front right-side-up and the back upside-down, but it was FREE! How can I possibly complain? 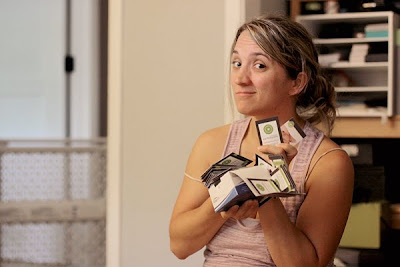 DESTINATION: Recycling.
Posted by Kara at 7:59 PM No comments:

This one pained me to throw away. My friend Beata gave my boys this awesome crayon at lunch one day. It colors with every color at once! I LOVE IT!!! But so did Travis. He loved it like he loves Cheerios, or bananas, or other things that -- like this crayon -- he spends all day trying to forage and eat. He's surprisingly good at finding hidden crayons, so I finally had to throw it out to prevent any sort of technicolor intestinal events.

But B, you don't know how excited I was about this crayon. Give me another one in a year or two! 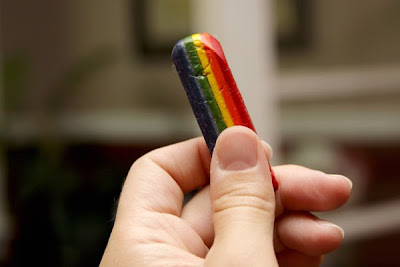 DESTINATION: Trash.
Posted by Kara at 7:57 PM No comments:

I bought these mints for two reasons: 1) they were a dollar and 2) I liked the inspirational phrase on the box: "Would you like to suck on a mint since you already suck all the time?"

But the catch is that I hate mints, so I never opened them. 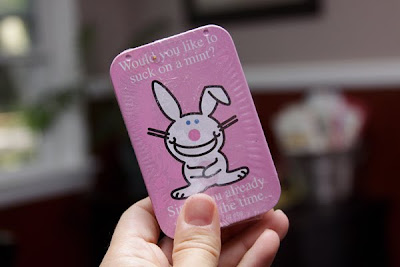 These aren't maternity pajamas or anything like that. They're actually from college, when I was super-skinny from my steady diet of Fat Darrells and fishbowls. (What did I ever do to make you leave me, awesome metabolism?) But I wore them so much that the elastic completely gave out and now they fit like this. 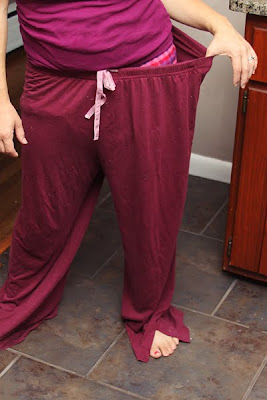 DESTINATION: Trash. But hey, thanks, Victoria's Secret, for making pajama pants that will last 12 years.
Posted by Kara at 7:51 PM No comments:

Or whatever the hell they're called. Conversation hearts? I bought a few boxes on clearance around Valentine's Day because a few of my photogafriends had taken some adorable photos using candy hearts as a prop. Cute idea! But only if you don't have two boys who don't like getting their pictures taken. So for almost six months, George and I would have this conversation:

G: Can we throw the candy hearts out yet?
Me: No. I'm going to do something with them.
G: What?
Me: I don't know! Something! Just leave them!

Finally he suggested that a fun thing to do with them would be to take pictures for this blog and them throw them the *#&^ out. Win. 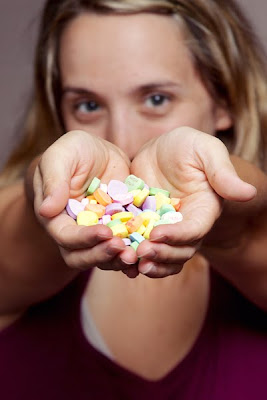 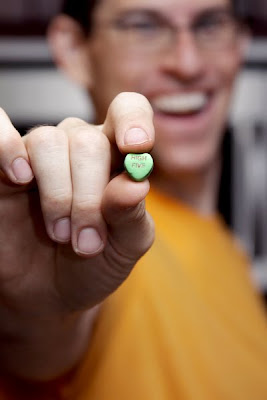 DESTINATION: Trash.
Posted by Kara at 7:34 PM No comments: