Okay. Here's where I went buck wild with selling lenses. I had my eye on a gorgeous lens but needed to make some room in my camera bag (and bank account) for it. So, here's what I got rid of...skip the next few paragraphs unless you're a nerd, or you're in the market for a new lens and want some mini-reviews.

First, my 28mm f/1.8. Fantastic lens but I use my 50mm prime more, and the lens I was lusting after can pretty much cover any ground this lens could. Still, I took this lens with us to Disney World and it was awesome. But I had to make some sacrifices to get the big lens, and this was one of them. 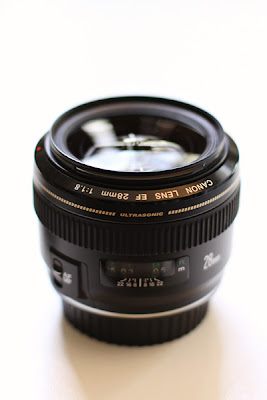 The second lens, on the other hand, was so not a sacrifice. It's the 18-55mm kit lens that comes with the Rebel cameras and I haven't touched it in almost three years. No love lost. 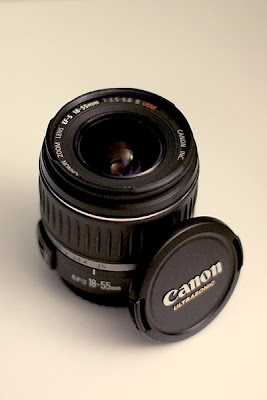 The third lens was a telephoto George bought me back in 2002. I rarely shoot telephoto and it's not image-stabilized (and I don't have terribly steady hands at 200mm). But it was still a good gift. Glass is always a good gift! :) 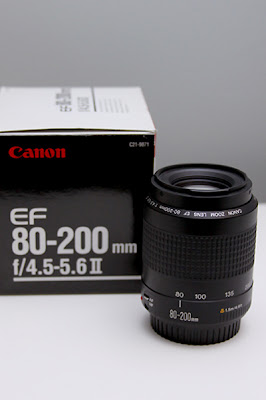 The last one is one of my favorite lenses, but it was easy to part with...because I still have a copy. My new camera came bundled with the 28-135mm IS, which I'm super-obsessed with, but which I already have in my bag. (FYI: It's actually pretty cheap as lenses go. But ridiculously clear. Highly recommended.The only downside is the variable aperture, and if you don't know what that means, then it won't bother you at all!) Anyway, I kept one and my friend Sarah bought the new one. This isn't the one I got rid of, but here's a photo of me cradling mine lovingly: 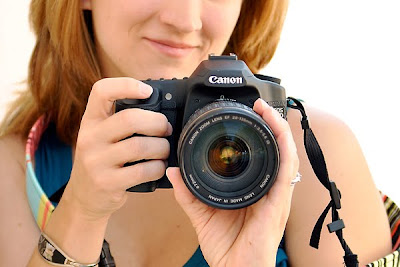 So for awhile there, I had so much camera stuff going in and out that I felt like a miniature B&H. But I finally have a fabulously streamlined camera bag. Whew!

That's one of my favorite things with this blog -- I've sold a bunch of junky little things (and not-so-junky big things) that have helped me to get one or two things I've been coveting forever.
Posted by Kara at 7:06 PM